Hi, I am Vijay Ramchandani, a 4th year Chemistry undergraduate. To begin with, I had my own fair share of prejudices towards my major before I decided to give it a shot. I believed a semester abroad would help me see a better and more informative picture of what Chemistry had in store for me. A quarter of a year abroad and a change of scenery wouldn’t hurt (except of course, financially :P), For the same I switched to a dual degree program and applied for an exchange in my 7th or would-have-been placement semester.

To my surprise I realised I was the first to apply for a semester exchange in our department in almost a decade. This presented its own share of problems. Our curriculum is designed to have labs every semester until third year, which makes it quite difficult for course mapping. In the end I managed to find three universities with an almost complete match for my core courses. The application process was new and confusing to everyone involved in the process. The professors, the Head of Dep., and me too! This confusion led to a delay in the approval process and by the end I could only apply to one of the three universities. So I would recommend anyone interested, to start their application process at least a couple of months before the university deadlines.

Anyways, the approval was finally done, the results were declared and I was ecstatic that I’d be heading to City University of Hong Kong for a whole semester. Hong Kong, as I came to understand, does not have affordable housing. The university plays host to close to a thousand incoming students and has limited accomodation to provide. A lot of students, including me, had to find off-campus homes. The university did offer us a few helpful tips on how to look for them. A facebook group for the exchange students helped incoming students look for roommates. I found some Indian brothers to the rescue when a couple of alumni from my host university saw my post, and offered me a room in their apartment. The room wasn’t the best, but it was the one I could afford. The place was close to the university and I had two Michelin star restaurants within walking distance. Not a bad deal I guess 😛

A few universities do offer scholarships or funding to incoming students, that wasn’t the case with this one though. My exchange experience was completely self-sponsored. Zipping off to Day 1, I found a tourist sim card and moved into an AirBnB for a couple of days before I confirmed to move into the apartment. It’s very important to confirm the living situation before you pay any deposits as pictures can often be deceiving . I spent the rest of the day looking for other places as well and roamed around my university for a better perspective. 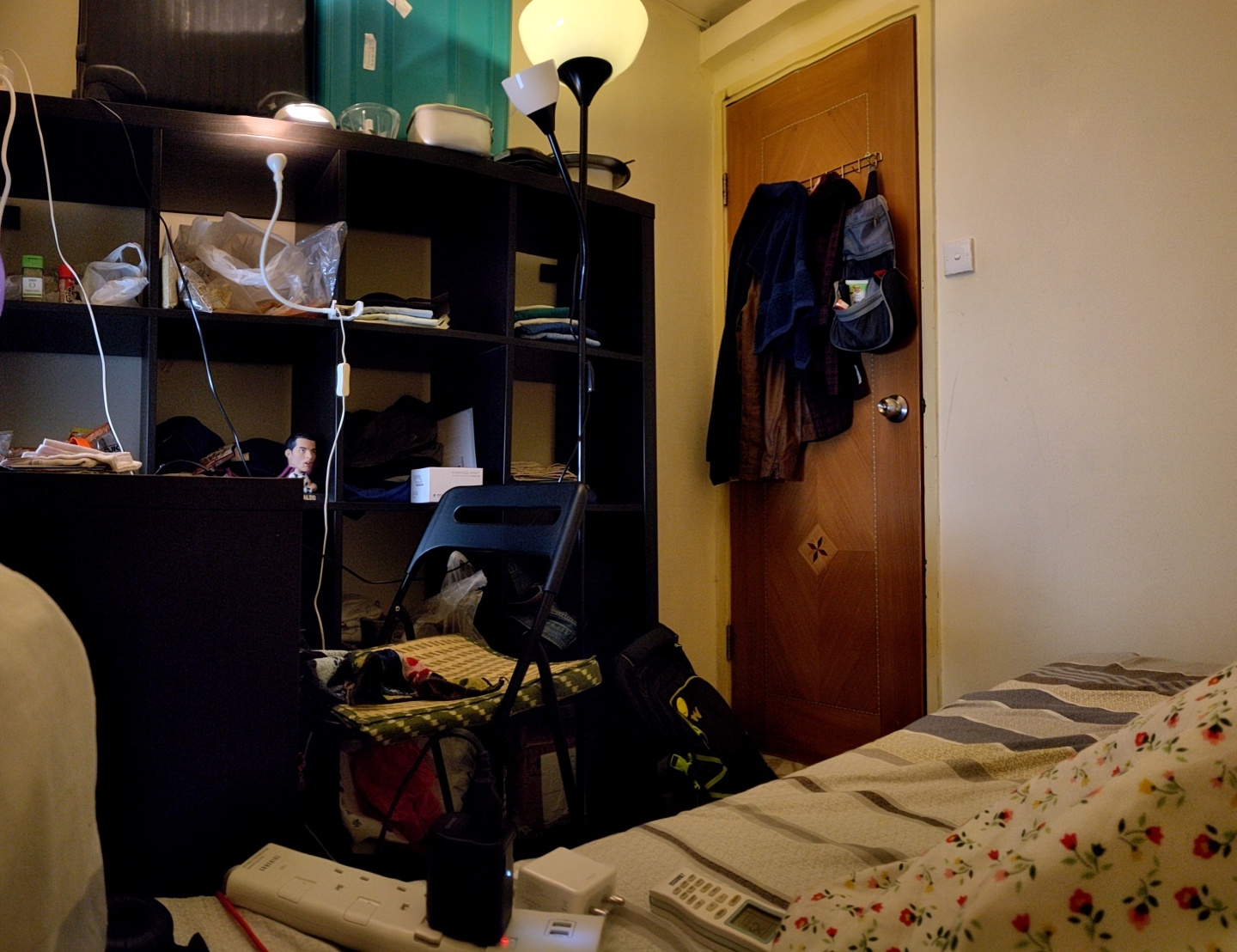 Language barriers are especially huge in Asian countries. Hong Kong being a cosmopolitan mish mash of cultures did not prove so difficult, but the older generation of locals hardly converse in english. A feature that helped me out a lot was Google Lens. It allowed me to scan and translate text from any language. Thank you Technology !

The apartment I moved into, had a kitchen, and a few Indian stores nearby, so I cooked meals whenever I could. I also tried a lot of different cuisines that HK had to offer. One of the things I wasn’t ready for was that Chinese food we eat in India is just not the same as the Chinese food in China at all! We have been tricked, fooled and bamboozled. Authentic chinese food does not involve a lot of spices, and can be bland at times. Dim Sums, however, are their beautiful gift to humanity. A few local students acted as guides and arranged exploring trips for exchange students. We explored the cultural heart of the city and ate some truly terrific food. I fell in love with the “Boba Tea” or “Bubble Tea” which was available at every corner of the city.

One of my fondest memory of the whole experience was when I accidentally ran into a group of exchange students and spontaneously tagged along on an impromptu trip to Ghost Island, an abandoned island off the coast of HK. We spent the next day exploring restaurants and celebrating the Dragon Festival. I played basketball at the university and community courts and that is where I found my new friends. I used to go to lunch with my classmates whenever I could and in the evenings when I was by all myself I would visit the beautiful Avenue of Stars and sit there for long hours contemplating on my philosophical thoughts.

I had a small bucket list of places that I intended to visit but due to the rising riots and shut down of public transport, moving around was getting difficult. I still managed to do a few hikes and night stay at beaches. For such a small space, it had a truly varied terrain and night life was especially beautiful. The city nights are famous for their neon lights and again the everyday light show performance at the Avenue of Stars.

View from the top of Lion Rock Mountain

Well before embarking for HK, the situation in the city was unsettled. Increasing protests, and sparks of violence were an issue of concern for me as well as my parents. The university reassured and advised us on how to stay out of troubled areas, as most of the protests were pre-planned. Thus I was never truly in imminent danger but living next to one of the popular protest areas, I witnessed them first hand. I was horrified by the brutish methods adopted by the police and at the same time amazed by the unity and ingenuity of the Hong Kongers. Unfortunately, the situation soon escalated and got out of hands. Student arrests from universities triggered new waves of violence on both the public as well as  personal property. Universities were vandalised, the corridors were filled with graffiti of rebellion. Malls and roads were destroyed, student residences were tear gassed by the police. The city was in flames. All these incidents led to an untimely closure of the university and ultimately my stay in the beautiful city. All examinations were cancelled and professors handed out online assignments as a means of grading.

My biggest takeaway from this experience was that being in a foreign country by myself introduced me to a part of myself, which I probably didn’t know about. How I reacted to situations,in what ways I tackled every situation that came my way is something I learnt after this experience . It isn’t an escape from how you feel and what you feel. You carry that with you. You can just learn how to adapt and act better. I am extremely thankful for this opportunity that I had. It gave me time to introspect. Told me what really was important to me, made me realise the beauty we miss in everyday things and the things we take for granted. I would recommend anyone who reads this and still has the opportunity to do so, please apply and go for a semester exchange program. The more experiences you take the more you learn about the world and the more you learn about yourself!

I hope you found this enjoyable and a tiny bit helpful. Do not hesitate to message me if you have any other doubts (or just want to look at some more pictures of the beautiful place 😛 ).

I hug and Kiss dogs more than Humans ! View all posts by Harshvardhan Nigam